The Traveler is the main protagonist and player character of Journey. The Traveler is genderless and its name, age and story are unknown. The Traveler is a Rythulian, much the same as the cloaked figures and companions found throughout the game and in numerous cutscenes.

The Traveler is made of cloth and sports a humanoid form. They appear to have no arms and have glowing eyes. The Traveler's default attire is The Red Robe. The Red Robe starts with no scarf, and its scarf's size and magic capacity increase with every Glowing Symbol collected by the player.

After collecting all 21 Glowing Symbols, The Traveler, if the player chooses to do so, can wear a White Robe . The White Robe starts with a longer scarf than the Red Robe's original scarf and, unlike the Red Robe's scarf, the White Robe's regenerates its power over time.

One primary ability of The Traveler is that of chirping. This can be done by pushing the circle button. By holding in the circle  button you can charge a chirp causing the chirp's range and effectiveness to increase. Chirping is used for a wide variety of purposes. These are communicating with companions, activating switches and calling to the aid of cloth creatures. Also, a chirp will restore the scarf power of one's companion, if they are in its radius.

Another important ability used by The Traveler is that of flying. Provided the player's scarf is partly or fully charged, if the player pushes and holds in the cross button they will begin to fly. Flying is a fundamental gameplay element as it allows players to access otherwise unreachable areas of the game. 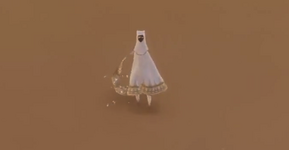 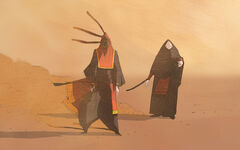 An early design of the Travelers. 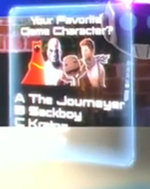 Can also be named "The Journeyer" 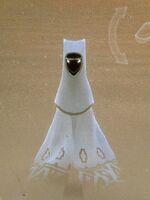 A white-robed Traveler at the beginning.
Add a photo to this gallery

Retrieved from "https://journey.fandom.com/wiki/The_Traveler?oldid=5502"
Community content is available under CC-BY-SA unless otherwise noted.